I thought it might be helpful for others if I wrote about how the side effects of opioids adversely affected my life!

I took opioid pain medication for around 13 years to treat the debilitating pain of Fibromyalgia and Osteoarthritis and initially they were brilliant, allowing me to go about my daily life again, work as a care assistant in a 40-bed nursing home and look after my four young children and home!

When I was given MST Continus I wasn’t told how addictive it was, that if I stayed on it too long I would become poorly from the side effects or that my nervous system would become sensitised so that my pain would be worse than ever! If I had been I would not have taken them!!

It was over 16 years ago now and not all the evidence was available at that time!

I would suffer sudden severe pain in my chest, it would cause me to double up in agony, and even breathing would be painful. I remember one such occasion particularly well; I was preparing to have friends over for dinner and in the middle of cooking the meal, having been perfectly fine during that day,  suddenly the pain struck and almost floored me, it literally took my breath away. I was determined not to let it spoil the evening and took a couple of paracetamol and carried on with the preparations. Over the course of the evening, the pain got much worse and was seriously affecting my breathing because I couldn’t expand my diaphragm without excruciating pain. My friends collectively decided to call an ambulance, they were terrified and not at all convinced by my futile attempts to reassure them it would pass! The paramedics that attended suspected a heart attack and hooked me up to do a heart trace in the ambulance. Now I was terrified! The trace didn’t detect anything out of the ordinary but in every other way, I was presenting as a heart attack victim if only mildly. I was given some gas and air for the pain on the journey to hospital where I spent two whole nights while they gave me a thorough check. They couldn’t understand what was going on but it definitely wasn’t a heart attack! Of course, I was relieved to hear this but it was a complete mystery. One that would be repeated several times during the thirteen years on opioids.

I would also suffer from the most hideous skin problems, I had a history of mild Hidradenitis Supurativa (boils) but it had always been mild and now they were much much worse and the pain from them was totally off the scale. Antibiotics wouldn’t help at all and just make me feel worse. The doctor even tried a combination of antibiotics which helped a little but never got rid of it, they would be in my groin, under my armpits, under my breasts, on my shoulder blades, behind my ears and on the insides of my thighs! It was truly hideous and made me very depressed as if my pain wasn’t bad enough already! This continued on and off throughout my time on opioids! 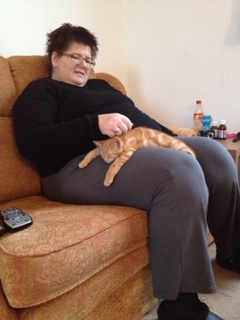 I would also have repeated chest infections that would linger on and on despite antibiotics and steroids. If I caught a cold I would be floored for at least a week whereas my friends may have been in bed for 24/48 hours. Then the after-effects of the cold would hang about for a few weeks. Often leading to an episode of sinusitis or a nasty cough.

At some point, I was switched from MST to OxyContin a synthetic morphine derivative tablet, with Oxynorm liquid for ‘breakthrough pain’.

This is when I believe I began to get worse.

One of the biggest issues I had was with hyperalgesia which is an enhanced sensitivity to pain! It became so bad I could not tolerate the cat walking across my lap because the pain was unbelievable! I put this down to my Fibromyalgia worsening.  If someone nudged me it felt more like a punch, if I got cold my body would tell me I was freezing! The same if I got hot.

Mouth infections was another one! I would have repeated episodes of oral thrush which was also extremely painful! My oral health was great so I could never understand why I kept getting this?

Painfully sore gums too and most bizarrely the dentist could not seem to numb me for dental treatment and would need twice as many injections as he would need for others!

Another dental phenomenon which didn’t present until the last couple of years on opioids was how I would go to the dentist with pain and he couldn’t find anything obvious so he would do an X-ray only to discover that the tooth (usually the big back teeth) had rotted from the inside out! He was left with no option but to remove the tooth! I lost 3 big back teeth in total! Then I was off the opioids and my dentist has worked incredibly hard to save the rest which I’m very grateful for!

I have since discovered that this is not uncommon in long term Opioid use!

Lack of sleep was a problem, I couldn’t sleep at night but would end up needing to have an afternoon nap especially during the latter years of my Opioid use! I would doze off almost every time I sat down, in waiting rooms,  in front of the TV, in company, even whilst on FaceTime calls with my grandson! That upset me greatly, my family just accepted that this was how it was for me. I was diagnosed with sleep apnoea a condition that meant I would stop breathing briefly during my sleep so I was given a C-Pap machine to use at night which required me to sleep with a mask on, connected by a long tube to a machine which supplied me with air delivered at a continuous pressure. I no longer have this since coming off opioids!

I had gradually put on more and more weight until I was a touch under 25 stone, I tried everything to lose weight and I now know it was never going to happen because I wasn’t sleeping, I had become almost totally inactive and I was on a carrier bag full of medications! 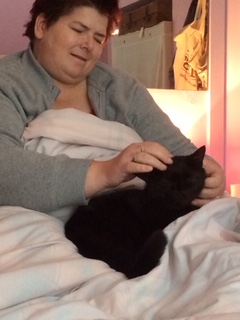 Something that I feel is never discussed is the effect on a person’s sex life! Opioids suppress the libido in both men and women, it’s called Opioid-induced Sexual Dysfunction. It’s so insidious that often you don’t notice it, I believed for instance that my lack of interest was because I was in pain because I was tired, etc etc and that is often accepted and never questioned by either partner because why would you expect someone in so much pain and discomfort to be interested in sex? Actually there is no reason why someone living WELL with pain shouldn’t absolutely expect to have a normal sex life!

The last and worst of all was the Opioid-induced impaction…. I could NOT have a poo, to put it bluntly! It came on suddenly one Friday night, I had not been having any difficulties going to the toilet, I was taking sachets of laxative every day to prevent constipation caused by opioids. I went up to the toilet and could not go, that was it, as simple as that, by the next day I was in agony, I had tried and tried but it just wouldn’t happen, I had spoken to the out of hours duty doctor who prescribed more laxatives, nothing, the pain was gradually intensifying! By the middle of Saturday night my wife called an ambulance because I was crying and writhing in agony. A paramedic came and couldn’t help but called the duty doctor who came out and called the district nurse to come out and administer an enema by which time it was Sunday morning, by Sunday night I was in so much pain my wife called another ambulance and I was taken to hospital with gas and air! On Monday I was taken into theatre where at last the problem was dealt with. I’m sure you can imagine the humiliation and massive distress this caused me! My wife was also distressed because she was powerless to help.

This happened to me TWICE!!!!

The pain, the emotional distress, the embarrassment I went through just added to my depression!

The theatre staff told me that I was not unique, it happens to many people who are taking opioids!

After the second time, I needed no further incentive to get off the opioids completely!

My life couldn’t get any worse!

I am so pleased to report that quite quickly after coming off opioids all the weird health issues I had collected over the 13 years started to disappear totally and the ones I had originally before opioids have returned to being mild. 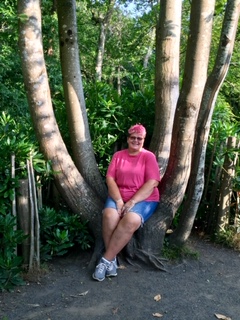 I know this all sounds very scary and believe me it was but it also has a very positive ending!

If you recognise any of this in yourself or someone you know please know that there is light at the end of the tunnel, stopping or reducing opioids could be the answer for you/them too!

Opioid Pain Medication MUST not be stopped suddenly! You MUST ALWAYS seek advice from a Doctor, Pharmacist, or other Prescriber before reducing or stopping. 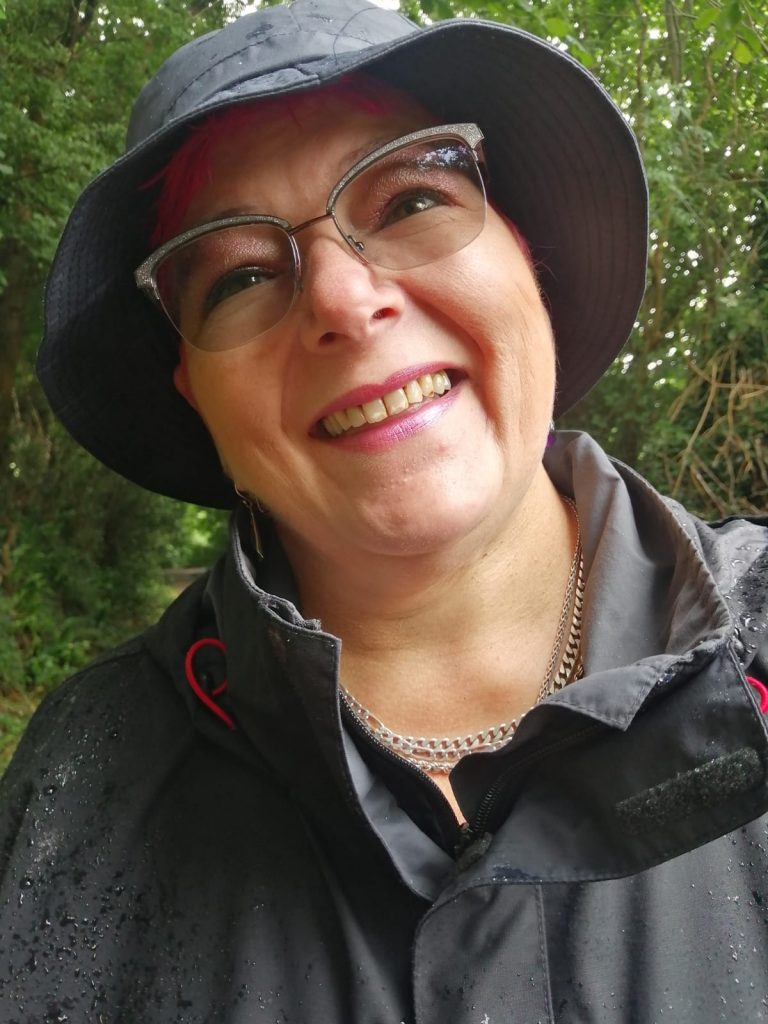